“Social workers are academically trained to lead important dialogue between diverse groups. We are the only professionals mandated to practice from the person and environment perspective. . . Social workers are skilled in helping folks put circumstances, issues, and problems into context so that people with opposing viewpoints can begin to see they have a vested interest in a cause that is meaningful to all involved. In the case of the strained relations between public law enforcement and the African American population, it is the community itself that continues to suffer unjustly generation after generation. Therefore, social workers must be willing to take on the hard issues and advocate for social justice even when the circumstances before us look bleak. People look to social workers for leadership; it is imperative that we step out of our comfort zone and lead change.”

In this episode, Dr. Sandra McGee, Teresa Hobson, Karen Gale, and Sandra Breault discuss their response to the widening divide between the African-American community and law enforcement officials. Following the killings of Michael Brown, Eric Garner, and Tamir Rice, as well as NYPD officers Rafeal Ramos and Wenjian Liu, our guests developed a working group and an action plan. Enhancing Relationships Forums is the tangible result, and it brings together representatives of law enforcement personnel, the Social Work profession, members of the African-American community, and the community at large for empathic dialog. Here, they describe the process, lessons learned, and recommendations for community action in communities everywhere.

Sandra L. McGee, PhD, LMSW, is an assistant clinical professor with the University of Iowa School of Social Work, where she teaches a variety of coursework for both BASW and MSW students and administers the field placement program for Des Moines BASW students. Dr. McGee is part of a university-wide leadership team trained in the National Coalition Building Institute (NCBI) model of diversity. NCBI works through a coalition-building model to provide inclusion and equity while eliminating all forms of prejudice. She has over 25 years of experience as a manager and practitioner in the crime victim services profession. As a former supervisor of an agency serving survivors of violent crime, she was responsible for providing clinical supervision to a professional team of counselors/advocates, overseeing the Sexual Assault Response Team’s (SART) efforts. In this role she managed organization, sought funding, oversaw budgets, led collaborative efforts, and provided education to professionals and the community at large. She is the recipient of several awards including the 2013 NASW Iowa Social Worker of the Year and the 2013 Dr. James Derham Health Practitioner of the Year.

Teresa Hobson is currently an employee relations consultant. Now working to obtain her MSW at Widener University, she previously earned her undergraduate degree in psychology from Upper Iowa University. Teresa has used her 15 years of human resource experience to partner with institutions and organizations such as Valley High School, Perry School District, Des Moines Area Community College, Evelyn Davis Center for Working Families, and Camp Dodge to provide mock interview, resume writing, and career development sessions to students, job seekers, and transitioning soldiers. Teresa has served in an administrative capacity in two different social services agencies. In these two roles she aided leadership in building the foundation of their organizations as well as their learning and career development pathways in order to enhance their services to their clients. She currently serves as a facilitator and committee member of the Enhancing Relationship Forums, which is the brainchild of Dr. Sandra McGee. She is also a community representative for the Youth Justice Initiative restorative justice circles.

Karen P. Gale has been the FBI victim specialist for Iowa for over 10 years. She holds a BA in communications from Pacific Lutheran University and a masters in human relations from the University of Oklahoma. Karen has been involved with victim assistance programs for over 20 years. Prior to her employment in Iowa, Karen, as a civilian, was the victim advocacy coordinator for the Army in Alaska for 6 years. There, she built the first victim advocacy program. As a victim specialist, Karen works with federal victims of crime as identified by FBI special agents, including victims of bank robbery, financial institutional fraud, mortgage fraud, human trafficking, child pornography, and online sexual exploitation. She coordinates assistance and resources throughout the state of Iowa and provides comprehensive victim services. Karen is a member of the FBI Victim Assistance Rapid Deployment Team (VARDT). This team assists in the event of mass casualty crimes when the mass casualty event is a federal crime and provides victim assistance and resources to local communities. Most recently, she deployed with VARDT in support of the San Bernardino mass causality event.

Sandra D. Breault is a 29-year employee of the FBI and serves as the public affairs specialist for the FBI Omaha Division. The Omaha Division covers the states of Nebraska and Iowa, and Ms. Breault is responsible for media inquiries and community outreach in both states. Some of the programs and responsibilities that fall under community outreach include the Junior Special Agent Program, the FBI Safe Online Surfing Program, and Community Relations and the Executive Training Seminars (CREST). Additionally, Ms. Breault coordinates all presentations for the division and the Citizens Academy Program, which is held in Iowa in the spring and Nebraska in the fall. The Citizens Academy is a stimulating 8-week program that gives business, religious, civic, and community leaders an inside look at the FBI. The mission of the FBI Citizens Academy is to foster a greater understanding of the role of federal law enforcement in the community through frank discussion and education. After completion of the FBI Citizens Academy, most graduates join the FBI Citizens Academy Alumni Association, which is a community-based organization distinct and separate from the FBI. Ms. Breault serves as the FBI liaison to the organization, which promotes a safer community through service projects and education. 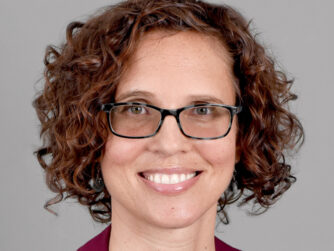 What Are You?: The Experience of Multiracial Individuals in a Monoracial World

Multiracial Attunement: Shifting Social Work Towards a Culture of Inclusivity

“In our field and in many helping profession fields we have been very slow in getting outside of single race ways of engaging human... 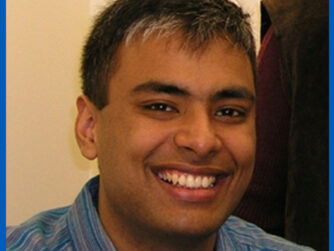 Tuskegee and the Negro Project: The Intersections of Race, Gender, and Public Health (part 1 of 2)

Alankaar Sharma From Tuskegee to current revelations of U.S. experiments in Guatemala in the 1940’s, public health research and...